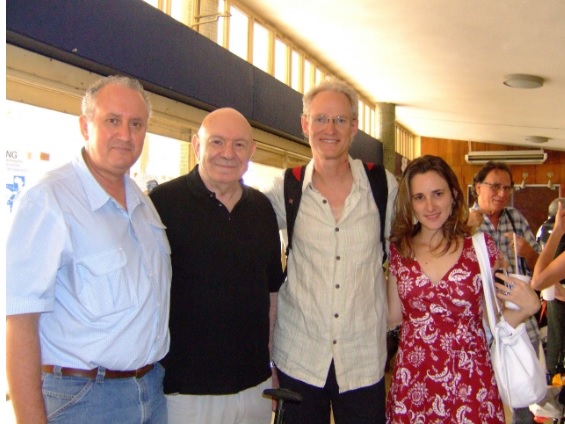 “It is common to say that philosophizing does not solve problems, that philosophy is only for philosophers. This is not true for me. While there is a real need to mobilize at the economic, political level, in short, at the most diverse levels, it is also necessary to mobilize at the level of knowledge. As a great English philosopher said, “knowing is power”. And power is always necessary if we want a better world, even when we want to implement the old slogan “EARTH AND FREEDOM”.

Theodor Shanin, a scientist with a Marxian tradition, was the main scholar of Alexander Chayanov, one of the classics of peasant studies. He graduated in 1951 from the Faculty of Social Service at the University of Jerusalem, in Israel, and until 1964 he was a social worker, in parallel to work, later a doctorate at the University of Birmingham, in the United Kingdom, where he also worked as a professor. at the University of Sheffield and the University of Manchester. In the 1990s, he led an agricultural research program in Russia, later being elected a member of the Russian Academy of Agricultural Sciences (RAAS). In 1995, he founded the Moscow Higher School of Social and Economic Sciences (“Shaninka”).

Shanin was one of the founders of the Journal of Peasant Studies, one of the world’s leading magazines on peasant studies. Theodor Shanin was in Brazil in October 2007 to participate in Singa and gave a lecture to researchers from the Center for Studies, Research and Projects of Agrarian Reform – NERA at Universidade Estadual Paulista – UNESP, Presidente Prudente campus. He visited occupations, settlements and peasant cooperatives in Pontal do Paranapanema.

Theodor Shanin highlights the dialectical conception of history in Marx. In his “late Marx and the Russian way”, he shows a revolutionary Marx, more committed to the realities of the theoretical political processes of transformation, than a theorist trying to fit reality into his infallible logic. Shanin helps to expose an open Marx, no less rigorous in theory, interested in the periphery of the world and in its concrete social formations. The reach of the Russian route is not only about the role of the peasantry in peripheral societies, but how the social classes that really exist on the periphery of capital can become subjects participating in the emancipatory struggle. The revolutions that shook the 20th century and the struggles that animate Latin America, Africa and Asia in the present demonstrate its validity and historical relevance.

Shanin’s thinking is the greatest legacy he leaves us to understand the peasantry in the world.

To learn more about Teodor Shanin’s thinking in works published in Portuguese, see:

1. Militant of the Small Farmers Movement and student of the Postgraduate Program in Territorial Development in Latin America and the Caribbean – Territorial of UNESP.

3. Militant of the Small Farmers Movement.