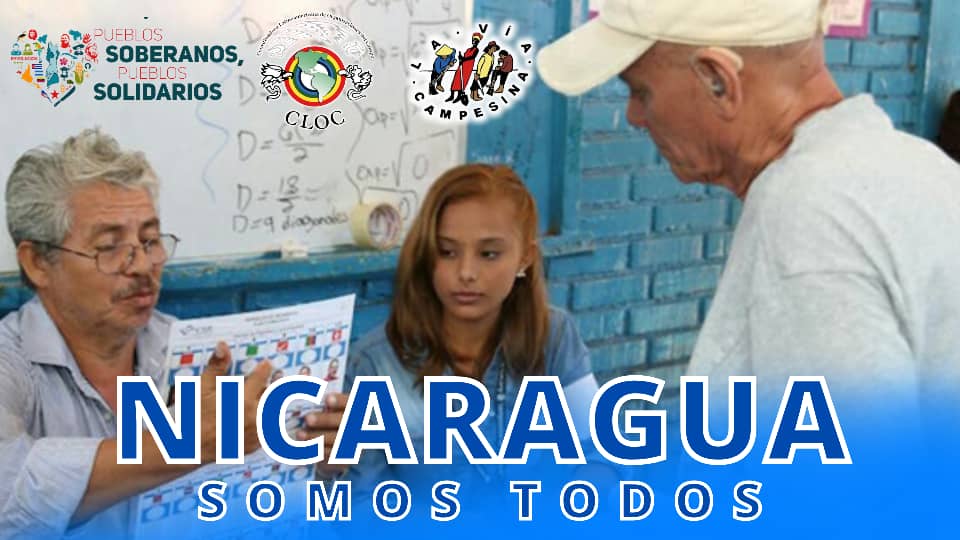 Every five years elections are held in Nicaragua. The dawn of this democratic practice began in 1979; for the first time, our country had the ability to exercise our rights in a fair and transparent way after destroying the Somocista military dictatorship.

In the bicentennial of a history of many revolts and ongoing imperialist interference by the US government in support of a political class of extreme right-wing sell-outs, the General of Free Men and Women Augusto Nicolas Calderon Sandino emerged, a hero who surprised the world with his dignity, courage and combative courage against the Yankee intervention in Nicaragua and with the support of the oligarchic family of this country.

The right to democracy is one of the conquests inherited by the revolution and it is the same people who fought for the revolution who will defend it from any attempt of interference from the genocidal empire. This is the same empire that a few days ago approved the Renacer Bill, new sanctions against the Nicaraguan people as a way to exert pressure on public opinion and intervene in these upcoming elections.

In this bicentennial and since the awakening of the Popular Sandinista Revolution we have had seven elections; and this coming November 7, 2021 once again Nicaraguans will demonstrate that we are a people who do not sell out, nor surrender, going out to vote with the guarantee that our voices will not be silenced, and through the ballot boxes we will exercise our right.

For free and sovereign elections!